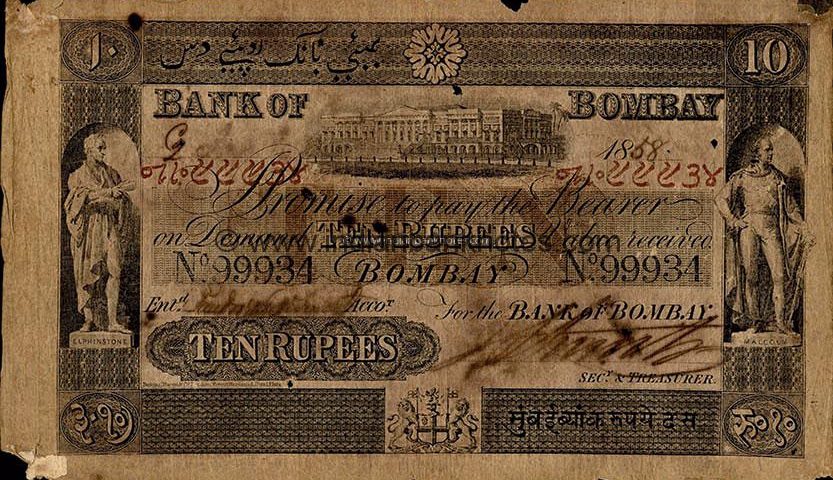 Same as Type 1B.1.1 except – Town Hall of Bombay added above promise text and Coat of Arms of the East India Company at bottom centre. Date in between vignette of Town Hall. BOMBAY BANK and denomination in words in Persian in top left corner and Hindi in lower right corner. Coloured underprint of five concentric overlapping circles in the central denomination panel for Rupees Ten and seven concentric overlapping circles in the central denomination panel for the remaining denominations, with respective value in words in bold. These underprints are not seen in specimen proof on card. Denomination panels are identical for all denominations. Printed by Perkins, Bacon & Co., London using Patent hardened steel plate. 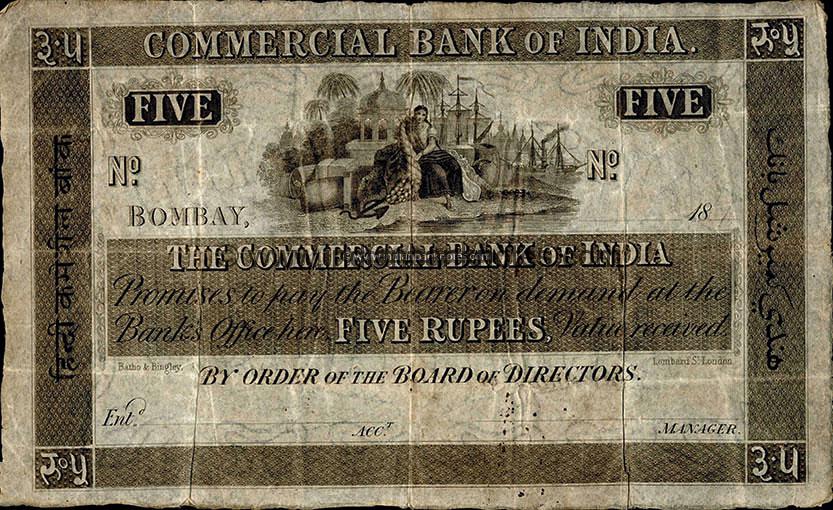 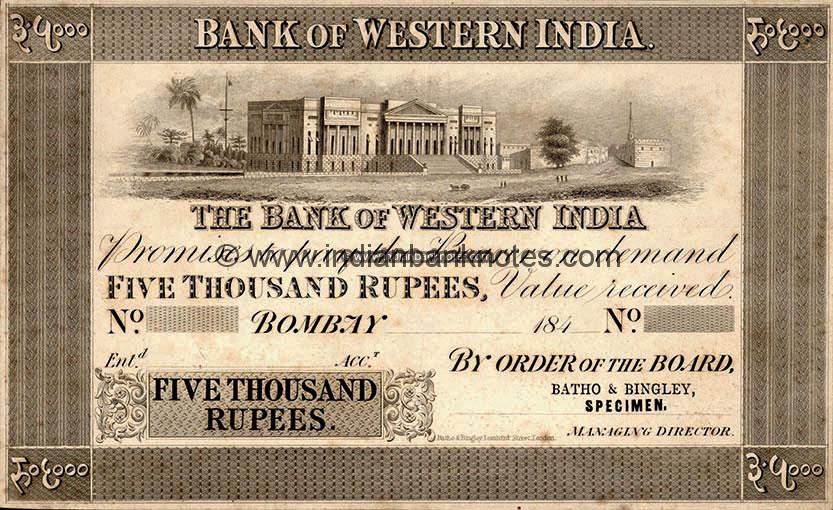