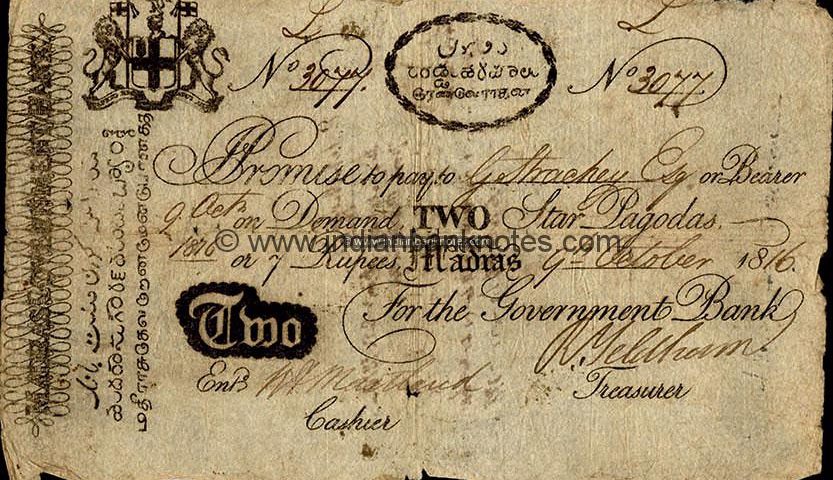 MADRAS GOVERNMENT BANK in English within an vertical ornamental panel on left and in Persian, Telugu and Tamil below it. MADRAS below promise text. Denomination described in star pagodas written in words in Persian, Telugu and Tamil in an ornamental oval in centre. Coat of Arms of East India Company on top left. Space for two manuscript serial numbers on either side of the oval on top. Manuscript date and two digit printed year 18xx on either side below promise text. Denomination described in Star Pagodas or Rupees. Payable to in manuscript. Printed denomination in panel in Star Pagodas only in lower left. Manuscript signature by Treasurer For the Government Bank, and manuscript signature Entd. of Cashier. 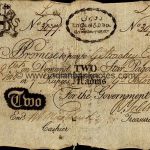 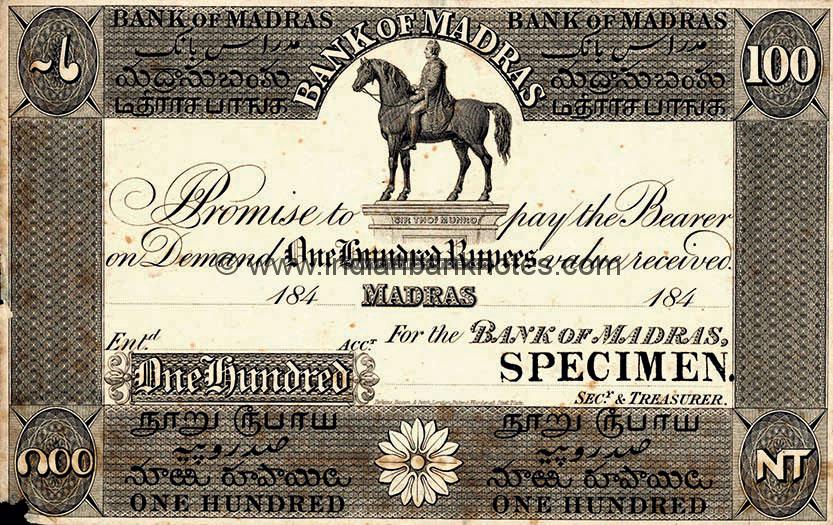 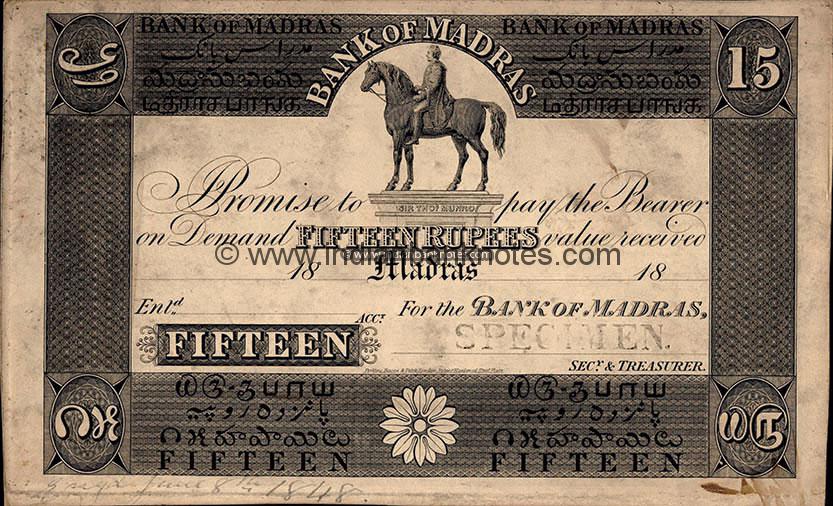 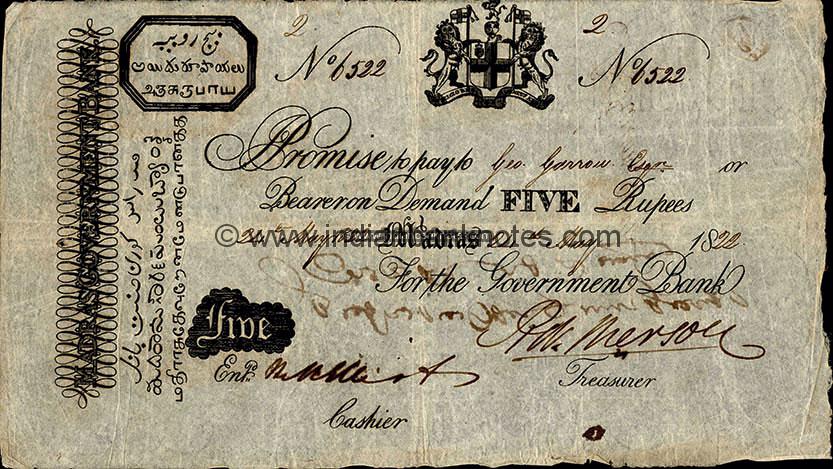