Issued in May 1939, demonetised on 1st May 1945. peacock notes – Caricature of Peacock on reverse on either side below. No logo of RBI. RESERVE BANK OF INDIA with GUARANTEED BY THE CENTRAL GOVERNMENT OF INDIA below it. Promise text above portrait within top panel, PAYABLE ‘AT ANY OFFICE OF ISSUE IN BURMA’. 10,000 in top corners and 10000 in Burmese in lower corners. Portrait of King George VI in centre with watermark windows on either side. TEN THOUSAND RUPEES in Lower Denomination Panel. Two serial numbers in lower panel. Rs. 10,000 in a vertical strip on either side of watermark window. Signed by GOVERNOR FOR THE RESERVE BANK OF INDIA. Burmese mythical lion dragon – Chinthe on either side of the portrait. 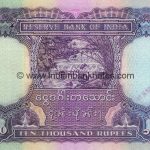 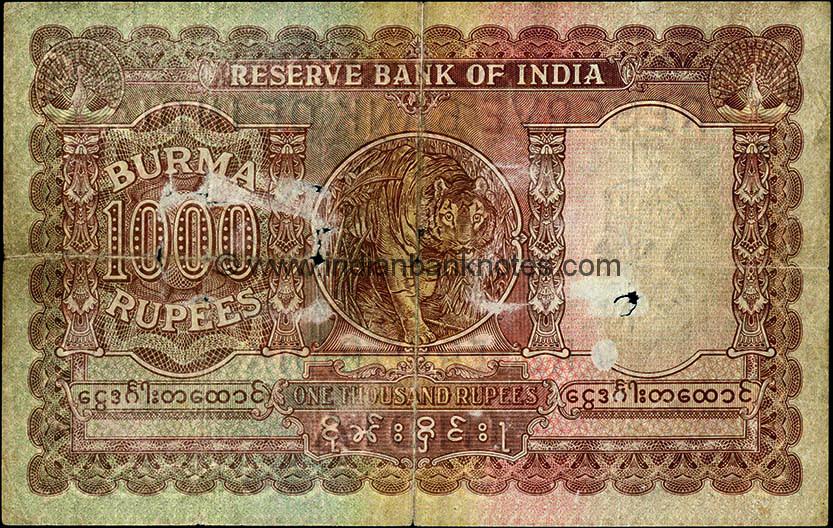 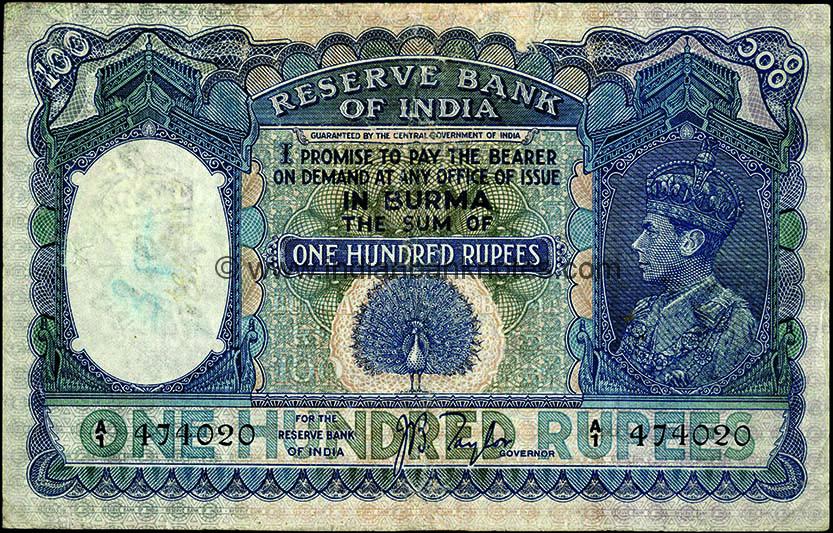 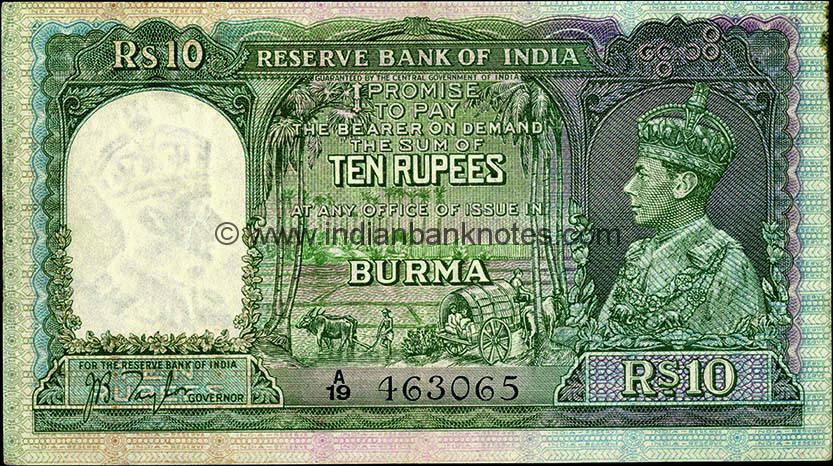