Printed in Nasik on white, handmade and moulded paper. First issued on 3rd February 1931. Demonetised on 12th January 1946. THE GOVERNMENT OF INDIA above portrait of King George V and TEN / THOUSAND RUPEES below. Two watermark windows on either side. GRI omitted in this denomination. Circle of issue overprinted below portrait. Banana trees on lower left and palm trees on lower right with lake and hills in background. 10000 in top corners and Rs. / 10000 in lower corners. Serial number in black in top right and lower left. Signed FOR THE GOVERNMENT OF INDIA.

In the Promise Text – the words: “ON DEMAND“ are used before the denomination 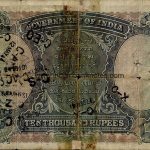 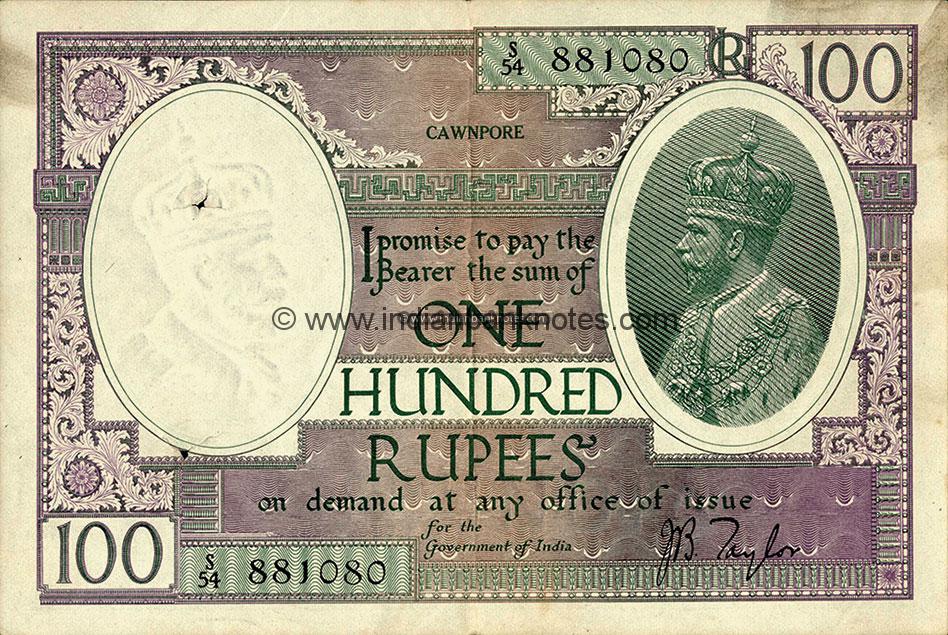