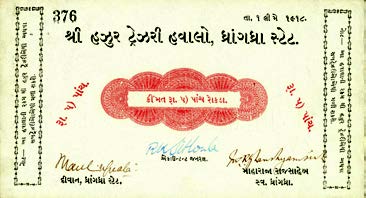 Notes termed as ‘Hawalas’ were issued in the currency shortage of World War I. They bear the dates (May 1918) signatures of the Maharaja Ghanshyam Singhji, the Dewan Mansingh Jhala and the accountant R.A. Sitwala. The notes were encashable in any treasury or subtreasury situated within the state. This was mentioned on the notes in the vertically placed panels along both vertical sides. Some reference works enlist cheques of Jhalawad Bank as bank notes. However no information is available about their use as such. 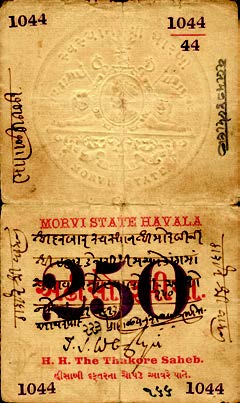