Vignette of Tiger seated on an octagonal panel in bottom margin.

BANK OF HINDOSTAN in top centre, CALCUTTA on either side. Blue underprint that extends in the margins. Denomination in an Arabic numeral above with denomination in numeral and words in Persian, Hindi and Bangla in an Oval panel on left and right margins. “Bank of Hindostan” in Bangla, Persian and Hindi within octagonal panel in bottom margin with a tiger seated on top. Entered by manuscript signature and For the BANK OF HINDOSTAN. Manuscript date, serial number and payee’s name. Printed at Perkins & Bacon, London using Patent Hardened Steel Plate. Engraved by Ashby, London.

Denomination in words in Hindi, Persian, Bangla on top and numerals below it. 16 SICCA RUPEES / SIXTEEN 16 in centre.

Looped pattern along all four sides in the border. In centre BANK OF HINDOSTAN written in Bangla, English and Persian in three lines 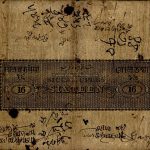 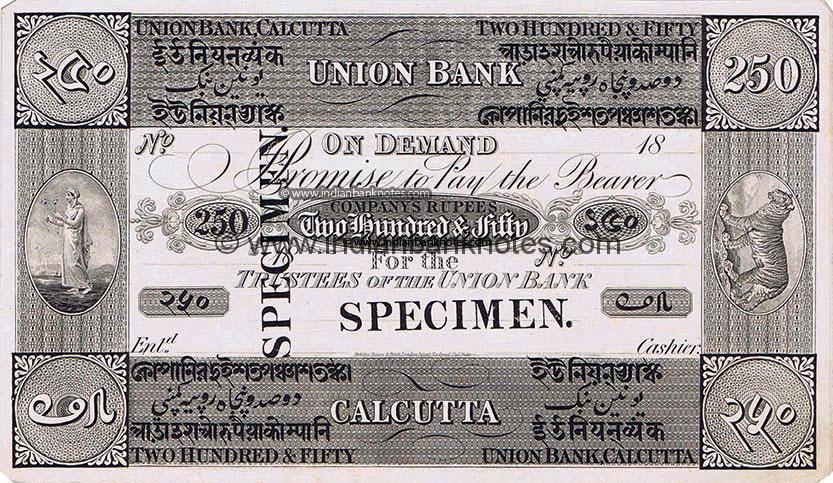 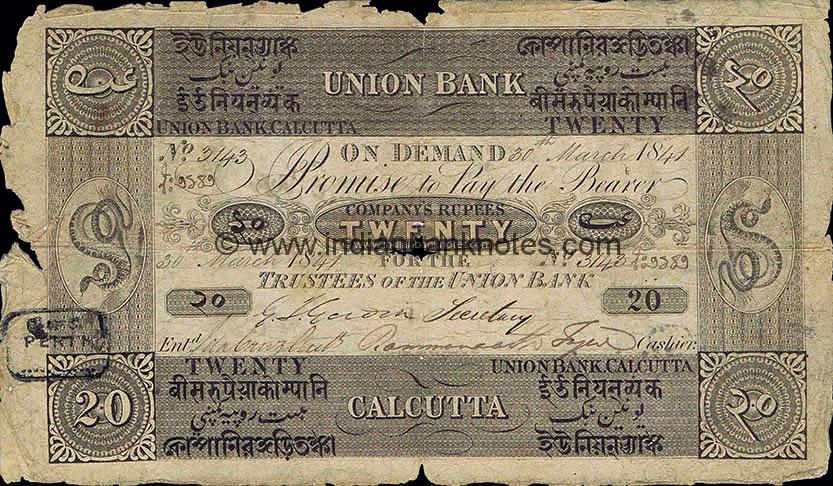