date of issue: Issued in June 1938; demonetised on 12th January 1946. Printed on white, machine made paper. THE / RESERVE BANK OF INDIA on top with GUARANTEED BY THE CENTRAL GOVERNMENT below it. Portrait of King George VI in centre. Two watermark windows on either side. Circle of issue overprinted below portrait. Banana trees on lower left and palm trees on lower right with lake and hills in background. 10000 in top corners and Rs. /10000 in lower corners. Serial number on top right and lower left. TEN / THOUSAND RUPEES in Lower Denomination panel. Signed by GOVERNOR FOR THE RESERVE BANK OF INDIA

language panel 2: Rupee 1, and front face portrait of Rupees 5 and 10 only 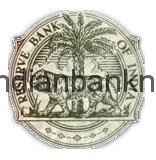 Microlettering: Obverse: Intertwined concentric circles in a horizontal figure of 8 with 10000 and RESERVE BANK OF INDIA and TEN THOUSAND RUPEES In the Promise Text - the words: “ON DEMAND“ are used before the denomination 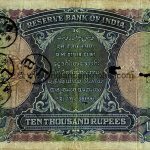 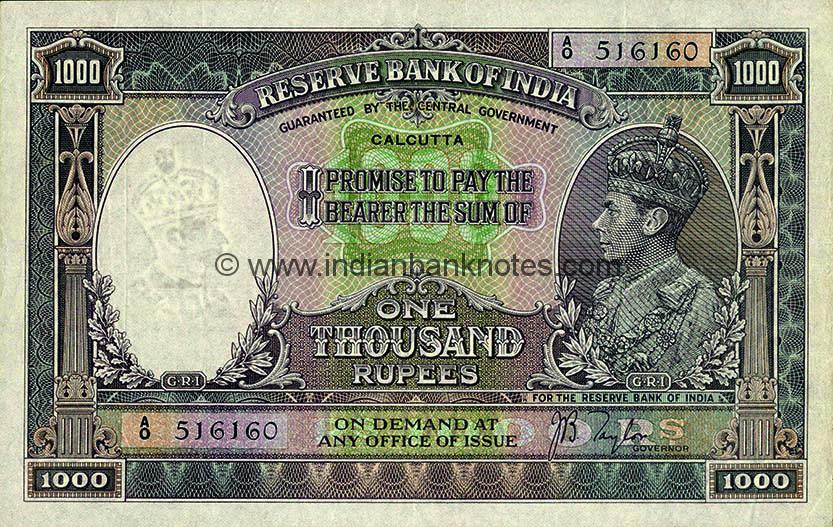 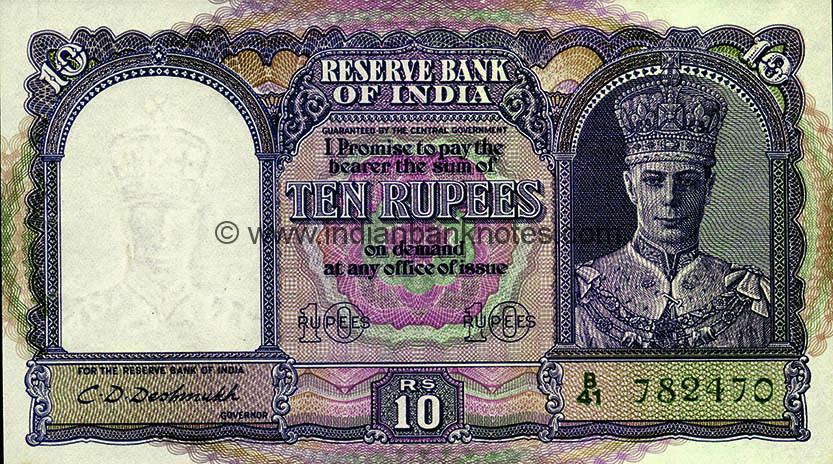